As per report, Singapore covered first spot in the series of World’s healthiest countries though India secured 103rd Rank(22.17%).Countries are ranked using data from the United Nations, the World Bank and the World Health Organisation 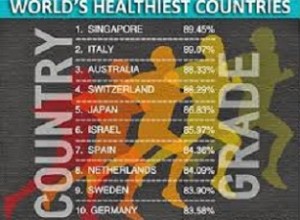