♦ The singer will be presented with the award on Sadbhavna Diwas Day on August 20. She was chosen by the Advisory Committee of the Award. 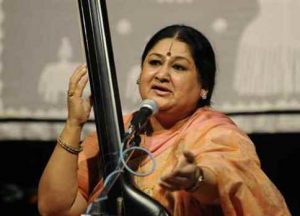