In the 70th Santosh Trophy Football Championship Tournament Services beat Maharashtra 2-1 to clinch title for fifth time. Riding on Arjun Tudu’s double strike helped the side to lift the trophy. 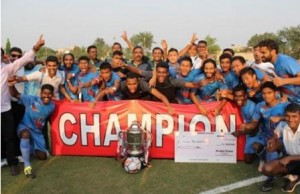