For the conservation of threatened species, the government has established primarily to 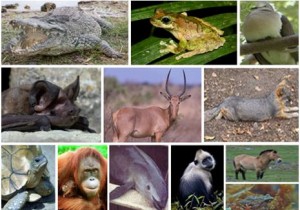 cover habitats of threatened mega fauna such as tiger, rhino, elephant and others.