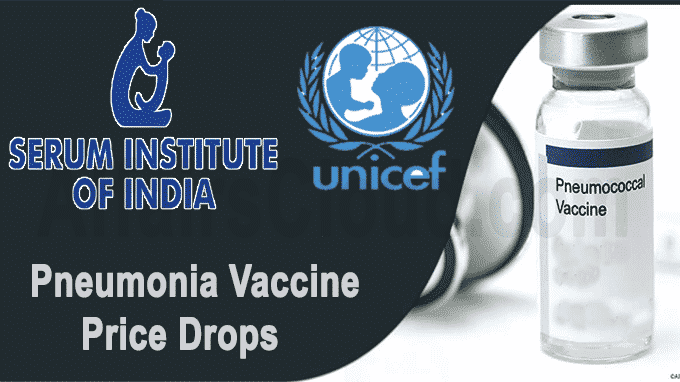 i.Severe Pneumonia is caused by the Pneumococcus bacterium and the major cause of worldwide morbidity and mortality.

ii.Children under the age of 2 are more prone to pneumonia, killing a child for every 39 second.

iii.Most of the death due to pneumonia occurs in the lower income countries.

i.Under the agreement SII will provide around 10 million doses of pneumococcal conjugate vaccine(PCV) to the lower income countries for the next 10 years for 2USD per dose.

iv.The PCV vaccine is now introduced in around 60 lower income countries, with a 48% coverage rate which is higher than the global average of 47%.

A pilot AMC for pneumococcal vaccines was announced in February 2007 and formally launched in June 2009 with a joint pledge of 1.5 billion United States dollars (US$) by the Governments of Canada, Italy, Norway, the Russian Federation and the United Kingdom of Great Britain and Northern Ireland, and the Bill & Melinda Gates Foundation