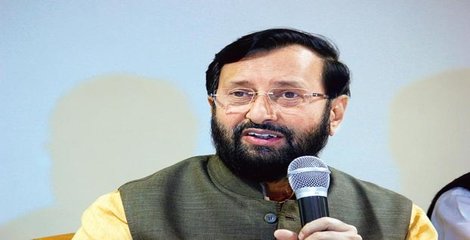 The eight months journey of the train will end by 7th May 2016,and stops at 64 locations across India.Some of the locations are  Patiala, Jaisalmer, Agra, Ambala, New Jalpaiguri, Vishakhapatnam, Vellore, Rameswaram, Mangalore and Gandhinagar.

To create awareness among various sections of the society, especially the students, about various issues & challenges associated with Climate Change and how it can be combated through mitigation and adaptation.

The broad theme covered in each coach is as follows(total 16 coaches ):

Coach 2 – Impact of Climate Change: Introduction to concept of ecosystem services, Climate Change impacts on selected ecosystems and sectors and also how to reduce it..

Coach 6 – Mitigation- India’s action: Various national, state and local level action and adaptation programme implemented by India and how those are linked with national strategies and international actions. Low carbon strategies, ambitious goal to increase RE.

Coach 8 – Handprint: What can one do at school, on roads, at home and in offices and focus on concept of lifestyle choices?

Other coaches exhibits on themes like Wildlife and Nature Conservation work being carried out by different research institutions across India with focus on Tigers, Turtles, Coral Reefs, Amphibians, etc. besides development in field of Biotechnology, Innovations in S&T, Science Education, Schemes of DST, Careers in S&T.

A new global climate deal aimed at controlling global carbon emission for tackling global warming will be takes place in December in Paris.More than 190 countries will meet under the United Nations Framework Convention on Climate Change.