I am Arzoo Anjum Mansury. I am sharing with you my SBI PO interview experience which was held on 9th Sep 2017. 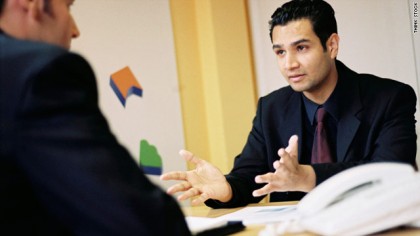 I reached the venue at 11:45am. There were eight candidates in my group. We were called for biometric verification. After that we were asked to assemble in the conference hall. Then document verification was done and everything went on smoothly. We were all given serial numbers and my number was second.
Group Discussion:
We were taken to another room for group discussion on the third floor. There were two senior retired SBI bankers. They introduced themselves and explained to us all the rules of  GD.
GD topic was:  “CAN INDIA BECOME A DEVELOPED NATION IF DEMOCRACY IS REPLACED BY SOME OTHER FORM OF GOVT”.
We were given 5 mins to collect our thoughts and then 20 mins to discuss. Discussion went on smoothly and we reached a consensus. Then second round of prioritisation was held and we had to rank the priorities.
The topic was: “AS A PARENT WHAT ATTRIBUTES I WANT MY CHILD TO POSSESS”. There were 8 qualities  given and we had to prioritise them and reach a consensus. After this round we were taken to another hall for personal interview.
Interview:
As my number was 2 so I was called in at second place.
There were 3 Males and 1 Female.
I took permission to enter and wished all of them.
M1: Tell me about your family and your interests.
Me: Replied
M1: What was your GD topic and what is your opinion.
Me: Replied
M1: What other interests apart from reading newspaper and watching newschannels.
Me: Replied
M1: Any two athletes from our country.
Me :  Replied
M1: Which is the highest civilian honour in our country.
Me: Replied
M1: Recent awardees of bharat ratna.
Me: Replied
M1: sportspersonality who was awarded bharat ratna.
Me:  Replied
M2: Name a European country whose constitution was changed frequently.
Me: Replied
M2: what is NITI aayog. Has it succeeded in its objective?
Me: Replied
M2: What is a budget? What is deficit budget?
Me: Replied
M2: How is public administration and political science useful in banking?
Me: Replied
F1: Name female cabinet ministers at the centre.
Me: Replied
M4: Who was Mohanlal sukhadia?
Me: Replied
That was all about the GD and interview.
Hoping for the best. :)
AffairsCloud Recommends Oliveboard Test