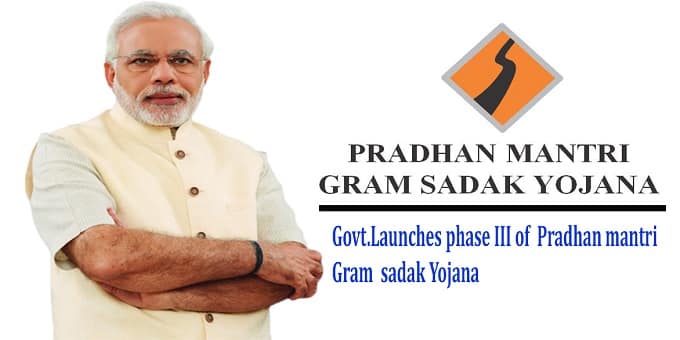 iii.By establishing a network of roads across the country, residential areas will be connected to Gramin agricultural markets (GrAMs), high secondary schools and hospitals with major connectivity roads in rural areas.

About PMGSY:
It was launched in December 2000 to provide all-weather friendly single road connectivity to the prescribed size.
It is fully funded by the central government. Following the recommendations of the 14th Finance Commission during November 2015, the project was funded by both the central government (60%) and states (40%).
As on 16 December ,2019 , construction of 1,53,491  rural roads has been completed under PMGSY by using green technologies, a major portion of which includes Waste plastic and cold mix technology.