Union Minister of Health and Family Welfare, Dr. Harsh Vardhan, decided to provide Rotavirus vaccine (RVV) to children across all states and Union Territories (UT)  by September 2019 inorder to achieve the goal of ending morbidity and mortality in children due to diarrhoea by 2022. 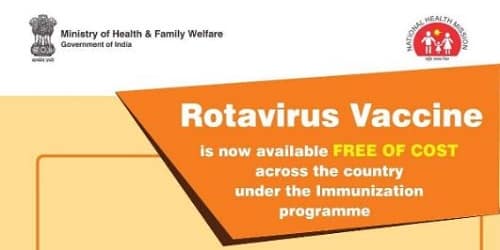 Key points:
Rotavirus:
Rotavirus is the most common cause of severe diarrhoea in children of less than 2 years of age.

Initial stages of launch of RVV:
The vaccine was introduced in the year 2006 in a phased manner.