A three member committee was set up by the govt. to resolve dispute between the Indian Railways and Steel Authority of India (SAIL) regarding issues related to the quantity and supply of high-quality steel rails. 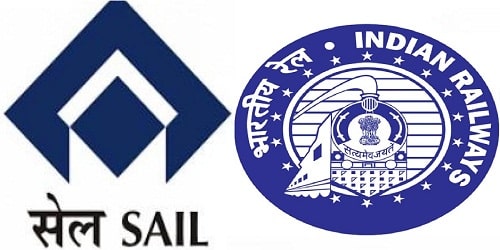 Key points
Doubts based on the quality of rails supplied by SAIL arose after a team from the University of Illinois conducted a study Transportation Technology Transfer (TTT).
i. The study stated that the tensile strength of the existing tracks were not adequate for 25-tonne axle load operations.
ii. Along with this, alleged shortage of supply reportedly caused concerns for the Railways in going on with its infrastructure expansion plans that includes track renewal and setting up of new lines along with “Mission 25 Tonne”.
iii. It was after this dispute, a three member committee was decided to be set up.

SAIL’s report:
The SAIL however reported that the rails were supplied after stringent (strict) inspection was done by RITES (Rail India Technical and Economic Service) which is a third party inspection agency. SAIL also mentioned that it fulfills all quality parameters of rail manual set by Research Designs and Standards Organisation(RDSO) of the railways.

Intensified battle:
The battle between SAIL and Railways regarding quality intensified after SAIL’s research wing, Research and Development Centre for Iron & Steel (RDCIS) found that SAIL has the capability to achieve the strength requirement for running 25-tonne axle load and has gone beyond 90% in it’s rail production.
i. SAIL and RDSO are working on thick web asymmetrical rails, copper-molybdenum rails and high strength vanadium alloyed rails to meet requirement of railways.