Rajasthan has organised Resurgent Rajasthan Partnership Summit, in Jaipur on 19-20 November, 2015 to attract investment from private sectors in the state. As a part of this Event State has inked 295 MoUs with a commitment of about Rs 3.3 lakh crore investments and a task force would be formed to get the projects implemented in a time-bound manner. 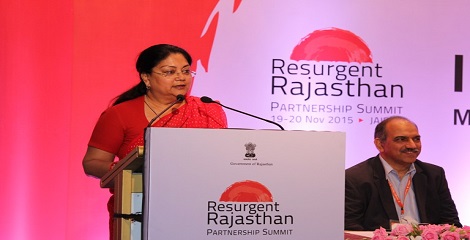 Number of MoUs in different sectors