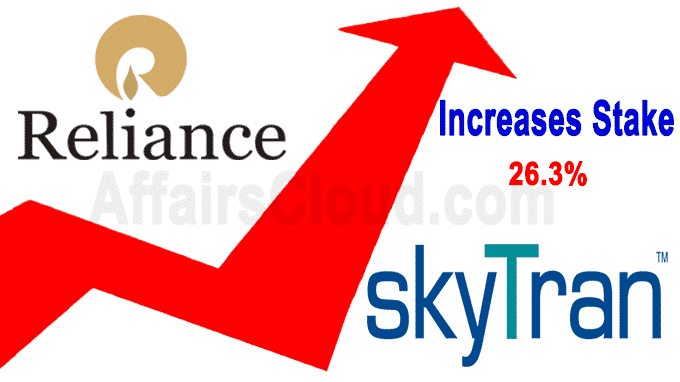 Following resulted in an increase of its stake in SkyTran Inc.

i.The company has hiked its stake in SkyTran Inc.to 17.37% through RSBVL on a fully diluted basis in November 2019.

ii.RSBVL acquired convertible notes in two tranches, the first one on November 29, 2019, and the second one on March 23, 2020, which were converted into shares of SkyTran Inc on April 27, 2020, upon certain conditions being satisfied.

ii.The idea of pod taxis in India was first undertaken by Road Transport and Highways Minister Nitin Gadkari in 2016,  National Institution for Transforming India(NITI) Aayog in January 2017 had cleared the ministry’s proposal through its panel to test 3 rapid transport systems with the use of pod taxis.

What are Pod taxis?
It is an automated, driverless personal rapid transit system that functions on overhead suspension or magnetic levitation.

About SkyTran Inc:
Founded in 2011, it has been working on creating a high-speed, scalable transport system that is low-cost & has partnered with National Aeronautics and Space Administration (NASA) in the United States and Israel Aerospace Industries (IAI) in Israel
Headquarters– Irvine, California
Chairman and CEO– Jerry Sanders