Eight friends – A, B, C, D, E, F, G and H are sitting around a circular table. All of them are facing the centre. Each of them likes different colours i.e. Orange, Red, Purple, Green, Yellow, Brown, Pink and White but not necessarily in the same order. 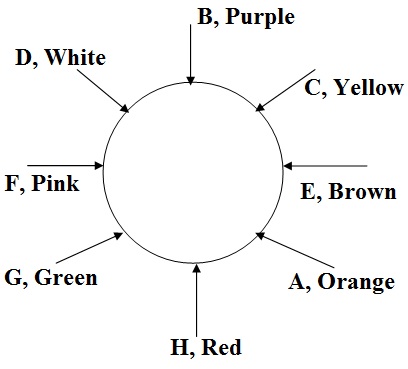 Eight players – P, Q, R, S, T, U, V and W sit around a square table in such a way that four of them sit on the four sides while the rest at corners. They play different sports like Chess, Football, Kabaddi, Tennis, Badminton, Boxing, Hockey and Cricket. Some of them are facing the centre while some are facing facing outside.(i.e away from the centre) 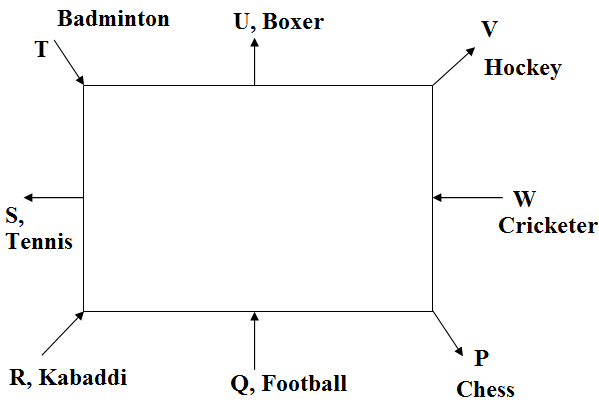