I. Study the following information carefully to answer the given questions.
Ten persons from different cities viz. Delhi, Jaipur, Patna, Indore, Mumbai, Chennai, Hyderabad, Bengaluru, Ranchi and Surat are sitting in two parallel rows containing five people each, in such a way that there is an equal distance between adjacent persons. In row 1- A, B, C, D and E are seated and all of them are facing south. In row-2 P, Q, R, S and T are seated and all of them are facing north. Therefore in the given seating arrangement, each
member seated in a row faces another member of the other row.(All the information given above does not necessarily represent the order of seating in the final arrangement.) 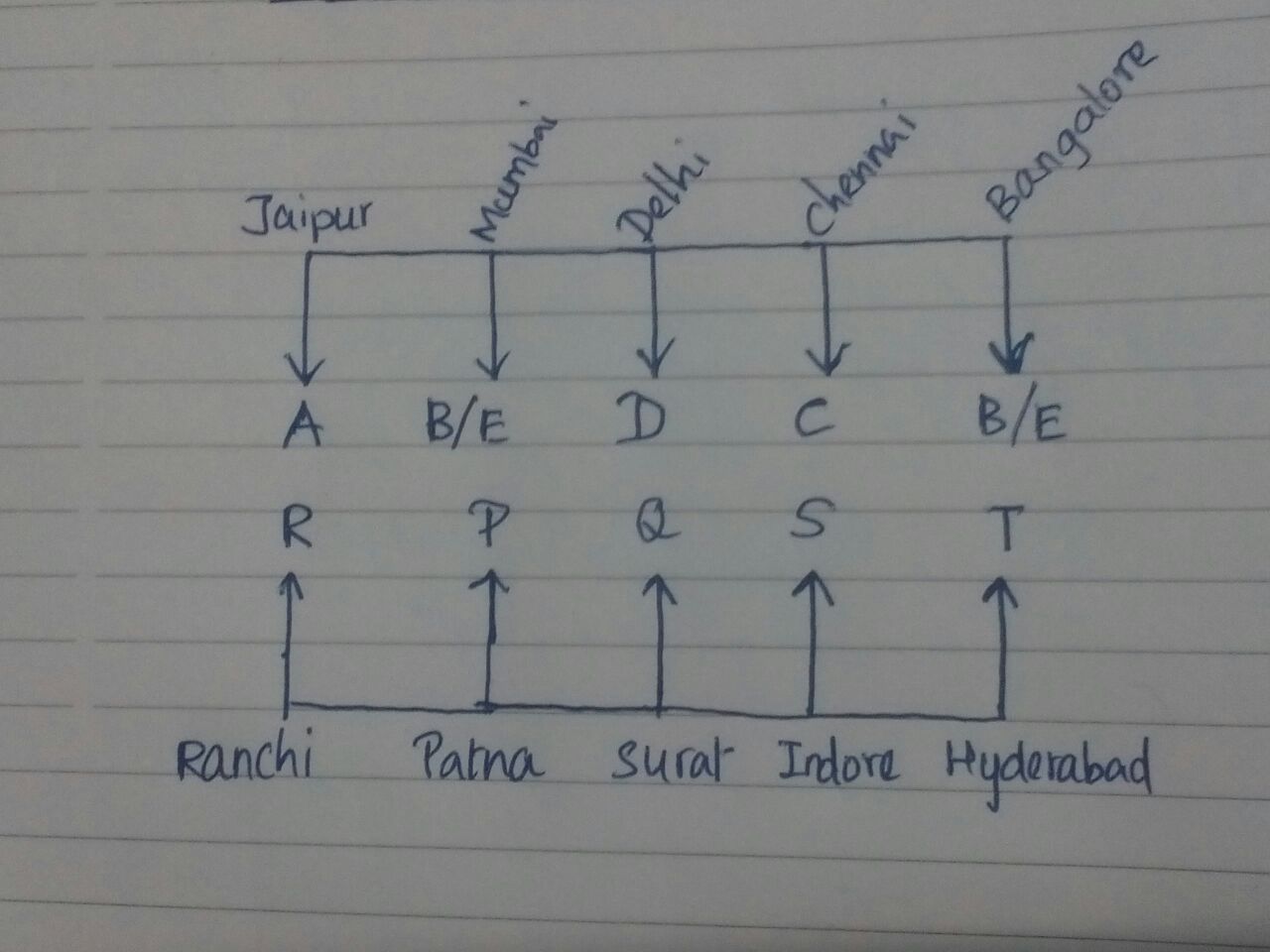 II. Study the following information carefully to answer the given questions.
Eight people L, M, N, O, P, Q, R and S are sitting around a circular table with equal distance
between each other but not necessarily in the same order. Some of them are facing the centre while some are facing outside.(i.e away from the centre)