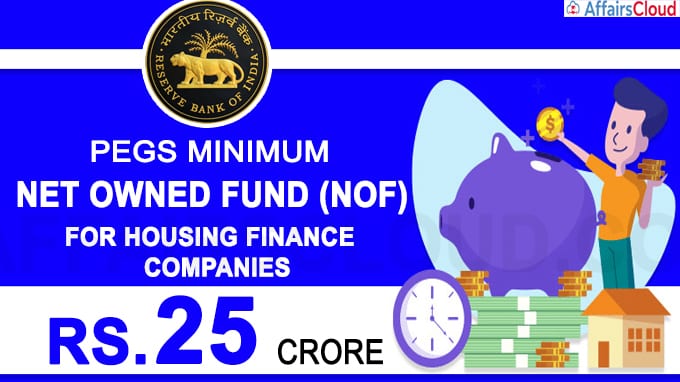 In August, 2019, the government has exercised the Finance (No.2) Act, 2019 (23 of 2019) for amending the National Housing Bank Act, 1987 resulting in transfer of regulation of housing finance companies (HFCs) to Reserve Bank of India (RBI) from the National Housing Bank (NHB). After this, Part VII of Chapter VI of the Finance (No.2) Act, 2019 (23 of 2019 came into effect, stating an issue of revised regulations. In this regard, on June 17, 2020, RBI being a new regulator has proposed changes to be prescribed for HFCs with an aim to increase their efficiency and address concerns of liquidity and double financing. Click Here to Read

–Also HFCs will not impose foreclosure charges/pre-payment penalties on any floating rate term loan sanctioned for purposes other than business to individual borrowers.

–HFCs will also be required to maintain a LTV ratio not exceeding 75% for loans granted against the collateral of gold jewellery.

–It has been decided to additionally exempt HFCs from section 45-IB (Maintenance of percentage of assets) and section 45-IC (Reserve fund) of the RBI Act, 1934.

On the lines of the announcement made in the Statement on Developmental and Regulatory policies issued as part of the Monetary Policy statement dated February 6, 2020, the Reserve Bank of India (RBI) released a draft framework for grant of recognition to an industry association as a Self-Regulatory Organisation (SRO) for Payment System Operators (PSOs) on August 18, 2020. Read RBI Released Draft Framework for Self-Regulatory Body for Payment System Operators

–Interested groups/association of PSOs (banks as well as non-banks) seeking recognition as SRO may apply to the chief general manager, department of payment and settlement systems at the RBI,

–SRO will frame rules for system security, pricing practices, customer protection measures, grievance redressal mechanisms, among others, and is expected to resolve the disputes among the members internally through mutually accepted processes to ensure that members operate in a disciplined environment and even accept its penal actions.

–At least one-third of the members on the board of directors of the SRO shall be independent and not associated with member institutions.

Now, on the lines of its recommendations of the report and suggestions received, RBI has took the following key decisions which were issued under Section 10 (2) read with Section 18 of the Payment and Settlement Systems Act, 2007 (Act 51 of 2007):