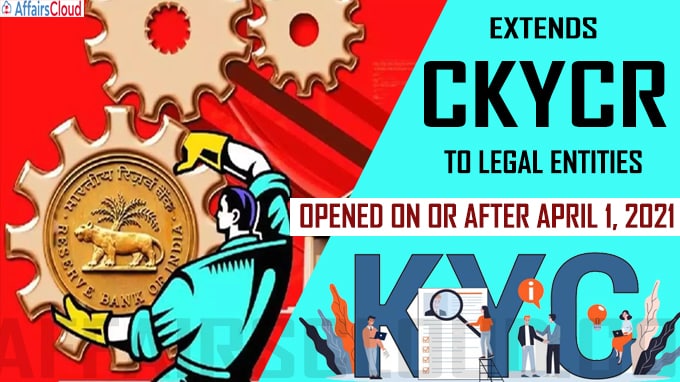 On December 18, 2020, the Reserve Bank of India (RBI) has amended the Master Direction (MD) on “Know Your Customer (KYC)”, dated February 25, 2016, by extending the applicability of centralized KYC registry to legal entities (LEs), from individual accounts w.e.f. April 1, 2021.

–In case of accounts of LEs opened prior to April 1, 2021, the KYC records are uploaded on to CKYCR during the process of periodic updation as specified in Section 38 of the MD.

–REs should ensure that during periodic updation, the customers’ KYC details are migrated to current Customer Due Diligence (CDD) standards.

How KYC is useful?

The objective of KYC is to prevent banks from being used by criminal activities for money laundering or terrorist financing. KYC procedures also enable banks to understand their customers and their financial dealings better, resulting in good management of risks.

i.RBI has imposed Rs 1 crore penalty on Punjab National Bank (PNB) for unauthorised bilateral ATM sharing arrangement with one of the international subsidiaries of the bank namely Druk PNB Bank Ltd., Bhutan since April 2010 without the prior approval from RBI.