On August 10, 2019, President of India Ram Nath Kovind gave his assent to the Motor Vehicles (Amendment) Act, 2019, to improve road safety and facilitation of the citizens while dealing with transport departments. The Act will amend the Motor Vehicles Act, 1988. 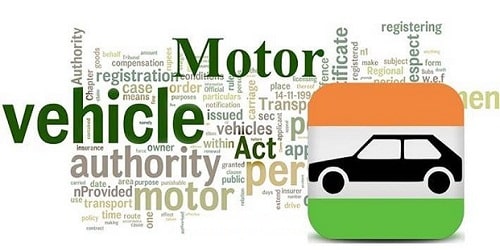 Key points:
i. Motor Vehicles (Amendment) Bill 2019 was introduced in Lok Sabha on July 15, 2019, by the Minister for Road Transport and Highways, Mr. Nitin Gadkari. The Rajya Sabha cleared the bill on July 31, 2019. However some changes were made by the Rajya Sabha, it was sent back to the Lok Sabha for approval. Then it was finally cleared by Parliament on August 5, 2019.
ii. Provision:  The Act provides for the grant of licenses, regulation of cab aggregators, road safety and penalties for violation of these provisions.
iii. Offenses & penalties: The Bill increases fine for several offenses under the Act.

iv. Golden hour: The bill allows to develop a scheme for cashless treatment of road accident victims during golden hour(the time of up to one hour following a traumatic injury, during which the likelihood of preventing death through prompt medical care is the highest).It also enables to make a scheme for providing interim relief to claimants seeking compensation under third party insurance.
v. Hit and run cases: The Bill increases the minimum compensation for hit and run cases as follows:

vi. Report by Transport ministry: As per the road transport and highways ministry report, every year in India half a million accidents are reported, in which 150,000 people lose their precious lives.
vii. Recalling: The act enables the Centre to ask vehicles manufacturers to recall vehicles in case of defects that cause harm to the environment or the driver, or other road users.
viii. Taxi aggregators: The Bill defines aggregators as digital intermediaries or market places which can be used by passengers to connect with a driver for transportation purposes (taxi services). These aggregators will be issued licenses by state. Further, they must comply with the Information Technology Act, 2000.
ix. Background: The Motor Vehicles (Amendment) Bill, 2019 is based on the recommendations of the Group of Transport Ministers (GoM) headed by the then Transport Minister of Rajasthan, Shri. Yoonus Khan.
About Ministry for Road Transport and Highways:
Founded: July 1942
Headquarters: New Delhi