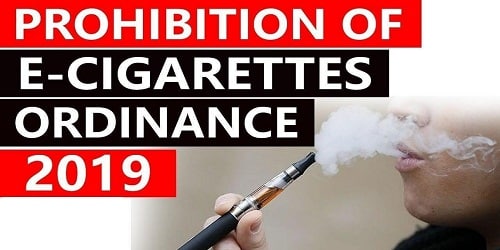 Panel to study e-Cigarettes
A Group of Ministers (GoM) from commerce, health, agriculture, chemicals and petrochemicals, and food processing departments chaired by the finance minister Nirmala Sitharaman had studied the proposal submitted by the Ministry of Health, to ban the production and import of e-cigarettes.

Action against the existing stock