A scheme to help pregnant women population of India

Pradhan Mantri Matritva Vandana Yojana focuses on the benefits of pregnant women. Every pregnant women citizen can claim a sum of Rs 6000 under the scheme. The only criteria being the lady shouldn’t be a central or state government employee. She also shouldn’t be working under any other similar firms.

Key features of the scheme

The scheme provides incentives to pregnant women. They receive the money through DBT – Direct Benefit Transfer to their bank accounts in three instalments.

DPT – Diptheria Petrussis Tetanus – Combination of vaccines for the 3 diseases

Hepatitis B – To prevent Hepatitis – A liver disease. 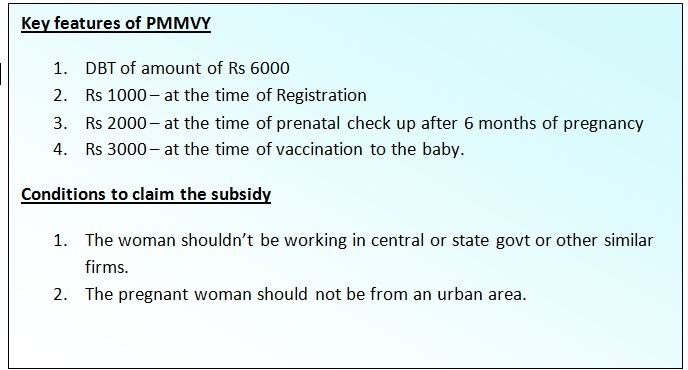 Launched on 9th June, 2016, the scheme primarily focuses on ANTENATAL care of diseased pregnant women. Though according to WHO report, MMR declined from 212 in 2009 to 178 in 2012, 178 is still a bigger number when compared to other developing countries in the west.

The main objective of the scheme is

Key Features of the scheme 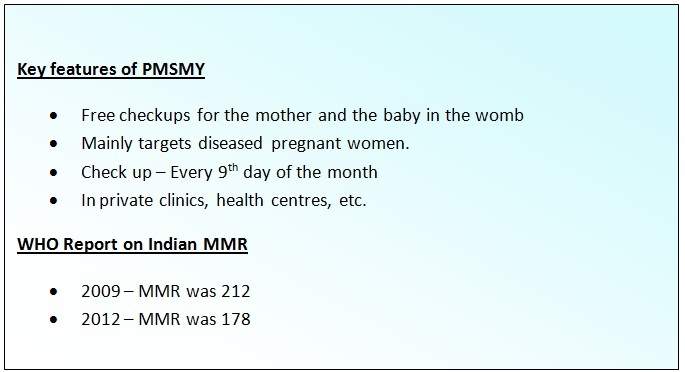 Need for the scheme PMMVY

India’s 70% population lives in rural area. Though we speak about urbanization, the country rural women are still out there deprived of basic facilities. Especially the pregnant women population suffers from malnutrition and high maternity mortality rate. About 56, 000 0f every 100, 000 in India is deprived of sufficient pregnancy nutrition

MMR – Maternal Mortality Rate is the number of deaths of pregnant women during live birth amongst 100, 000 of the live births.

Around one – third of the women population approximately 35.6% are under low BMI – Body Mass Index. Every third woman is suffering from malnutrition. And every second pregnant woman is anaemic. In order to address this, an ICDS (Integrated Child Development Scheme) was launched.

The Government provided Mother and Child Protection Cards to every pregnant woman delivering babies under the subsidiary schemes. It also enabled a Mother and Child Tracking System to ensure antenatal, intra – natal and post natal care along with immunization services.

MDR – Maternal Death Reviews are also conducted frequently to keep a track on the success rate of the policies and schemes launched towards the betterment of pregnant women in the country. 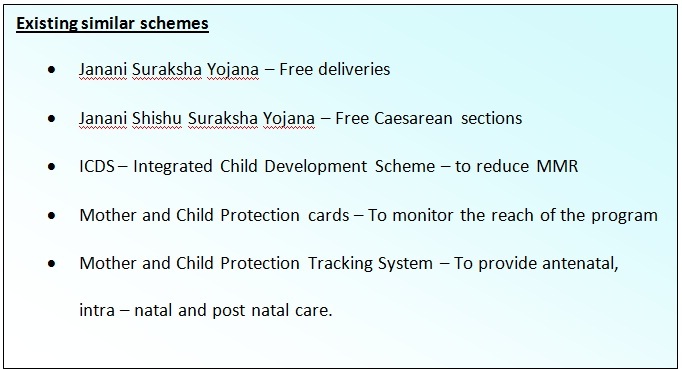 Lack of knowledge of Dietary Patterns

A pregnant lady has to eat a healthy nutritious food. This benefits herself and her child. In rural India, a woman is burdened with the household activities and also her daily wage activities. It can be agricultural or construction businesses. The talk of NUTRITION and HEALTH never happens. This is mainly due to negligence and lack of awareness. They are hardly taken care by the family.

The practice of male dominance still prevails in rural India. Rural women still have food after feeding the male members of the family. They stay hungry till the males finish their food. This is applicable to the pregnant ladies of the house as well. This affects their health and baby’s growth. A subsistent untimely food intake leads to under nutritional baby birth or malnutrition diseases to the mothers too.

According to the Central Ministry of Health, there has to be 2 doctors in a Health Care. Also a ANM who looks after 8 health care. ANM are the Auxiliary Nurse Mid – wife.

Many times the health care remains closed due to unavailability of doctors. Also, sometimes an ANM is over burdened with even 14 centres due to lack of staffs. Hence, the ANMs themselves accept that they are not able to visit certain centres at times.

The current ratio of infrastructure (which includes availability of doctors, medical facilities, accessories like Scan, X – Ray, etc.) is 1 : 2000. This is very low. According to UN norms this has to be 1 : 1000.

Lack of electricity supply is a major challenge in the path of implementation of the scheme. Without electricity it is highly difficult to make the ultrasound available to all the patients with the use of alternate power supply like inverters and generators.

Above all the women have to be imparted with the benefits of such schemes. They should actively participate and get profit. Here the gram sabhas and social organisations have to actively involve in achieving the reach of the program.

The scheme will definitely help India achieve its SDG – Sustainable Development Goal. The scheme targets on reducing MMR. Hence the success can be achieved with the active intervention of all stakeholders including the Government and the other social organizations.

Quiz on PMMVY – Test yourself