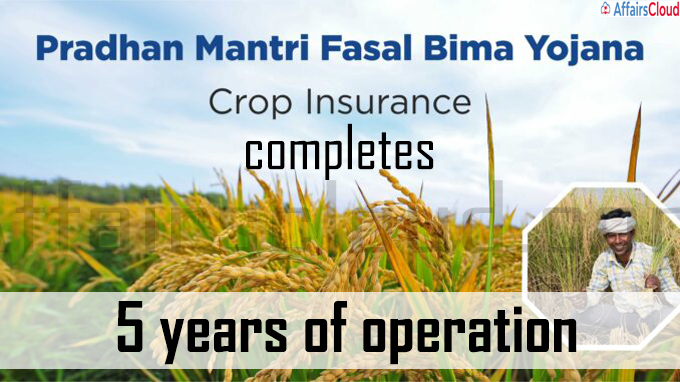 Government of India’s Crop Insurance Scheme – Pradhan Mantri Fasal Bima Yojana (PMFBY) has completed 5 years of its operation. It was launched by the Government on 13th January, 2016.

i.The Scheme was introduced with an aim

iii.The scheme is being implemented based on ‘Area Approach Basis’.

iv.The schemes covers all Crops for which past yield data is available and grown during the notified season.

i.Union Agriculture Ministry has stated that around INR 90, 000 Crore has been disbursed to farmers since the launch of the scheme.

ii.Some Key features of the scheme are

Under PMFBY, the State Governments have to pay a huge amount to insurance companies as Premium.

i.In February, 2020, Union Cabinet approved changes to PMFBY to address the challenges regarding its implementation.