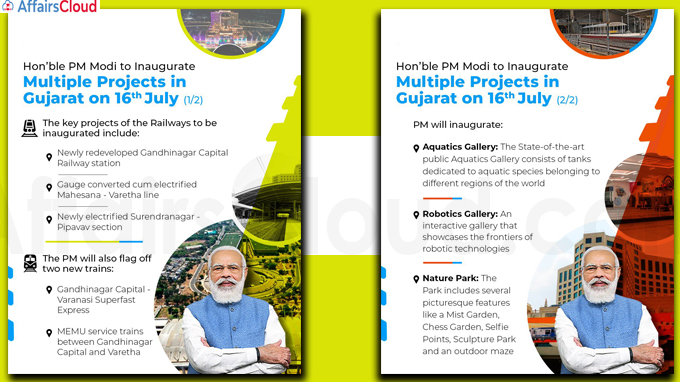 i.Aquatic Gallery – Spread over an area of 15,000 sq meters will be the largest aquarium in India. It has 68 tanks showcasing 188 marine species including Penguins.

ii.Robotic Gallery – It is an interactive gallery which showcases the pioneers of robotics technology and will provide a platform for visitors to explore the field of robotics.

i.On January 17, 2021, Prime Minister (PM) Narendra Modi virtually flagged off 8 trains from various parts of India to the Statue of Unity in Kevadiya, Gujarat to boost connectivity and Tourism.

About Ministry of Railways