At the 43rd Session of the UNESCO World Heritage Committee which is underway from June 30 to July 10, 2019 in Baku, Azerbaijan, the United Nations Educational, Scientific and Cultural Organization (UNESCO) added the ‘Pink City’ Jaipur/Walled City of Jaipur of Rajasthan, known for its iconic architectural legacy, into the list of the World Heritage Sites. The International Council on Monuments and Sites (ICOMOS) had inspected the city in 2018 after the nomination. The World Heritage Committee (WHC) acknowledged the “city’s outstanding value as a cultural property”. 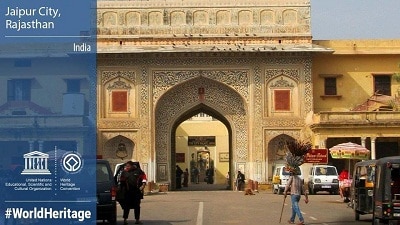 Reason to provide the World Heritage Site Status
UNESCO seeks to encourage the identification, protection and preservation of cultural and natural heritage around the world which are considered to be of outstanding value to humanity. This is embodied in an international treaty called the Convention concerning the Protection of the World Cultural and Natural Heritage, adopted by UNESCO in 1972.