The Indian contingent has won a total of 19 medals with 5 Golds, 8 Silvers and 6 Bronze medals in the 16th edition of Summer Paralympic games that was held between 24th August and 5th September 2021 in Tokyo, Japan. The 19 medal count is higher than the total number of paralympics medals won by India in all the events since its 1st appearance in the 1968 Paralympic games.

ii.4 medals with 2 Gold medals were won by Indian para-athletes in the Para-badminton event, which made its debut in 2020 edition.

iv.India was ranked 24th in the overall medal tally with 19 medals, while the top 3 positions in the medal tally were occupied by China, Great Britain & USA.

India’s Suhas Lalinakere Yathiraj won Silver medal in Badminton at the Tokyo Paralympics, to become the 1st ever IAS Officer to win a medal in the Paralympic games.

Krishna Nagar wins Gold in the inaugural edition of Para-Badminton

India’s 5th gold medal in the Tokyo paralympics came from Krishna Nagar, who won the Badminton Men’s singles SH6 event against Hong Kong’s Chu Man Kai. India has bagged 5 medals with 2 Gold from the Badminton events in 2020 Paralympics.He becomes the first-ever SH6 gold medallist in the history of the Indian Paralympics.

India’s 1st ever medal in an archery event in Paralympic games was won by Harvinder Singh the current World Number 23. He defeated Korea’s Kim Min Sun in the Bronze medal match of Men’s individual recurve. 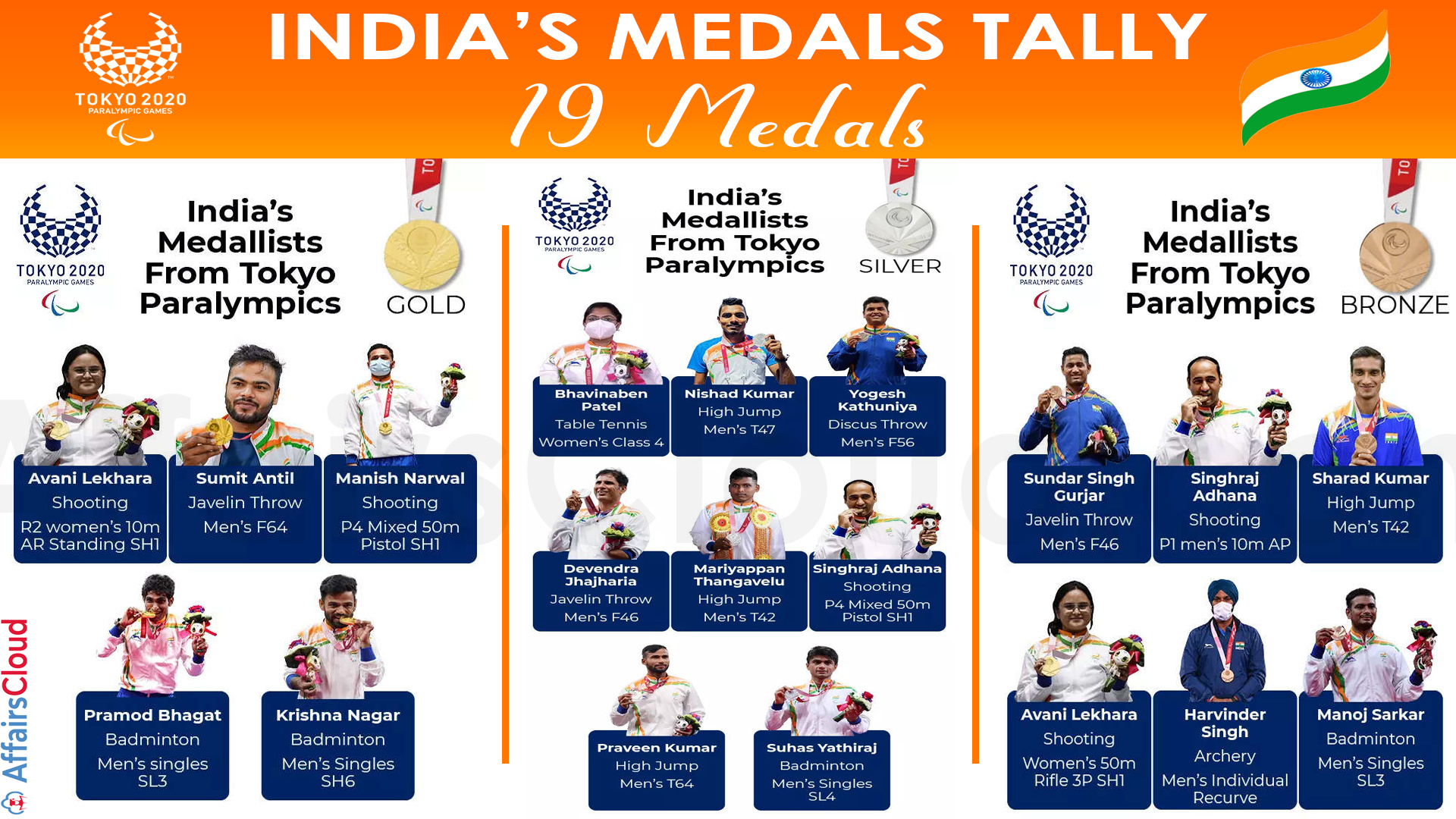 i.Avani Lekhara, India’s 1st woman to win a Gold in Paralympics, was named as India’s flag-bearer for the Closing Ceremony of 2020 Tokyo Paralympic Games

ii.At the closing ceremony, Yuriko Koike – Governor of Tokyo passed the Paralympic flag to the Mayor of Paris, Anne Hidalgo. The French Capital city will host the 17th edition of Paralympic games in 2024.