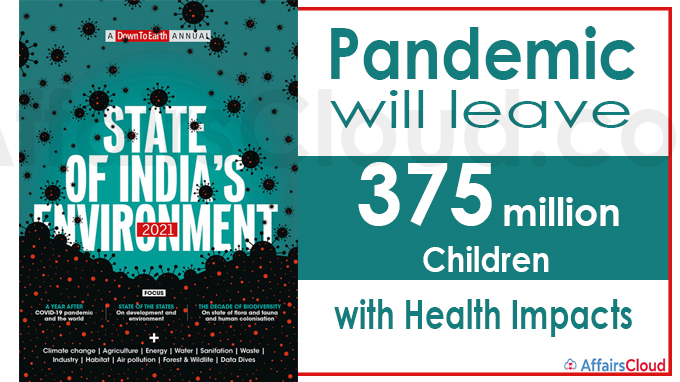 According to the State of India’s Environment 2021 (SoE 2021) Annual report released by Down to Earth Magazine in association with Centre for Science & Environment (CSE), India is set to begin a ‘pandemic generation’ as 375 million children (0-14 year-olds) may suffer long-lasting impacts such as underweight, stunting & increased child mortality, to losses in education & work productivity due to pandemic.

i.The report states that there has been a significant increase in India’s air, water & land pollution between the years 2009 & 2018.

iii.Tarapur, Maharashtra emerged as the most polluted cluster in India.

Performance of Indian states with regard to SDGs