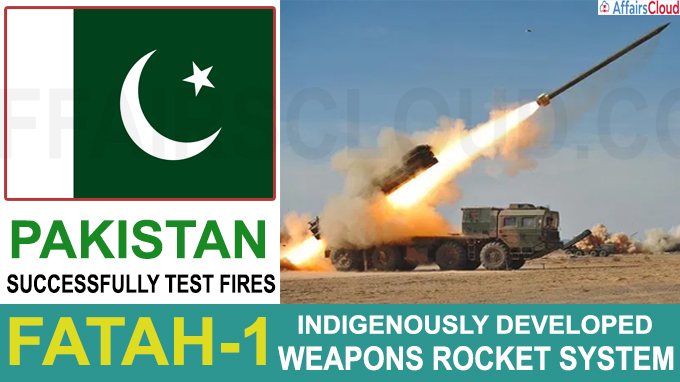 i.It is capable of carrying conventional warheads and has a range of 140 Kilometres.

ii.The guided MLRS is capable of hitting targets without leaving behind the unexploded ordnance.

iii.It is a variant of the guided MLRS family which has an extended range of up to 150 kms.

iv.In December, 2020 Pakistan tested its Ballistic Missile ‘Ghaznavi’ which has a range of 290 Kilometers.