The Prime Minister (PM) of India Mr Narendra Modi visited United States (US) from September 21-27, 2019. Following are the highlights of his visit: 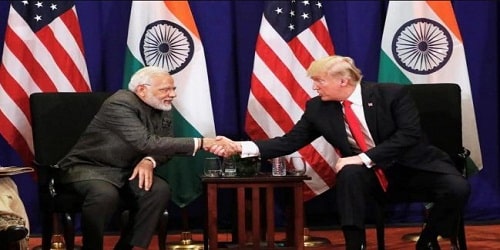 Arrival
PM Modi arrived at the George Bush International Airport in Houston, US on September 21, 2019.

CEO round-table meet 2019 (September 21, 2019)
In the CEO (Chief Executive Officers) round-table meet 2019 held at Hotel Post Oak in Houston, PM interacted with the CEOs from the US oil and gas sectors. The meet focussed on working together for energy security and expanding mutual investment opportunities between India and the United States.

“Howdy, Modi” Event (September 22, 2019)
PM Modi attended the “Howdy, Modi” event at NRG stadium in Houston, Texas along with the US President Donald J Trump. He addressed the Indian community over fifty thousand and extended an invitation to President Trump and his family to visit India. 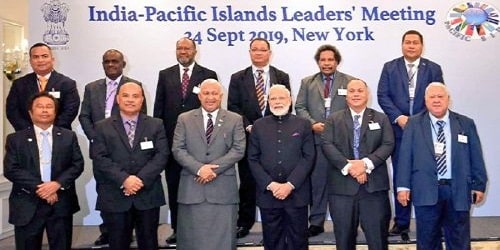 India- CARICOM Leaders Meeting 2019
PM Modi co-chaired a India- CARICOM Leaders Meeting 2019 with the member states of the Caribbean Community and Common Market (CARICOM) on the margins of the UNGA meeting. Hon’ble Allen Chastenet, Prime Minister of St Lucia and current Chairman of CARICOM co-chaired the meeting. CARICOM is a group of 20 developing countries in the Caribbean (15 member states and five associate members).