On 17th February 2019, Prime Minister Narendra Modi visited Bihar where he inaugurated and laid down foundation stones for several development and infrastructure projects worth Rs 33,000 crore at Barauni in Begusarai district, Bihar. He later visited Jharkhand to lay foundation stones and inaugurate various development schemes at Hazaribagh and Ranchi. 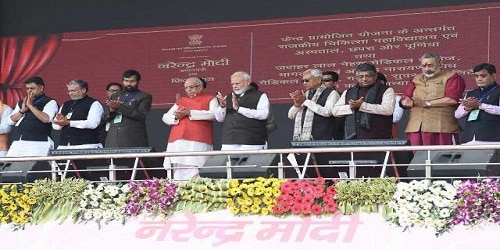