3 days long first India International CooperativeTrade Fair (IICTF) 2019 was held at Pragati Maidan in New Delhi from October 11-13, 2019. The fair was organised by National Cooperative Development Corporation (NCDC), in association with Bangkok (Thailand) based Network for the Development of Agricultural Cooperatives (NEDAC), and the ministries of Agriculture and Farmers Welfare, External Affairs, Commerce & Industry.The IICTF was conducted with the aim of doubling farmers’ income by promoting cooperative-to-cooperative trade within India & abroad as 94% of farmers in India are members of at-least one cooperative institution. 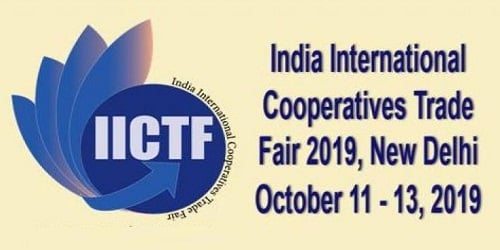