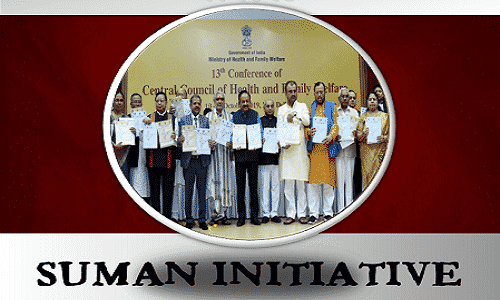 iv. Quality care definition by WHO: The World Health Organisation(WHO) defines the quality of care for mothers and newborns as “the extent to which the provided healthcare services improve patient health outcomes”.
v. Govt. data: As per the data by the government’s think tank NITI(National Institution for Transforming India) Aayog, the maternal mortality rate has reduced from 254 per 1Lakh births in 2004-06 to 130 in 2014-16. The mortality rate in infants also came down by 34 per 1000 birth from the previous 66. The aim is to get it in line with the Sustainable Development Goal(SDG) of 70 per 100,000 live births by 2030.

About CCHFW:
It is an advisory body under Article 263 of the Constitution to advise the Department of Health (DoH), health and family welfare ministry on formulating health policies.
The first CCHFW meeting was held in 1998.
All Central Council meetings held from the year 1988 up to 2010, were digitized by health & family welfare ministry in collaboration with the WHO Country Office for India.