External Affairs Minister(EAM) of India Dr. Subrahmanyam Jaishankar visited(3-day from August 11 to 13,2019)Beijing, China during which he had bilateral meetings with his counterpart Foreign Minister and State Councillor Wang Yi, Vice President Wang Qishan, 4th meeting of the India-China Media Forum on cultural and people-to-people exchanges & signed 5 MoUs(memorandum of understanding) during the visit. 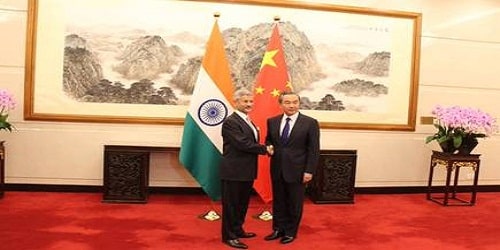 Aim:
To focus on the gamut of issues relating to the international situation, regional aspects, and the future India-China bilateral relations.

External Affairs Minister’s Remarks at the 4th India-China Media Forum
i. EAM Jaishankar stated that the leaders of the 2 countries had agreed that “ Differences shouldn’t become disputes”, which come after the china refrained to Ladakh being made a Union Territory and asked the India& Pakistan to avoid action that increases bilateral tension.

India-China Film Week inaugurated by S Jaishankar in Beijing, China
On August 12,2019 , in a bid to strengthen people to people connection and cultural activities between the India and China, External Affairs Minister S Jaishankar and his Chinese counterpart Wang Yi on jointly inaugurated the ‘India-China Film Week’ in Beijing, China, that marks the commemoration of 100 activities that would be organised in the future in the areas of film, broadcasting, education, among others.

J&K move won’t impact Line of Actual Control: Jai Shanker to China
External Affairs Minister S Jaishankar stated to Chinese counterpart Wang Yi that the ‘bifurcation of J&K(Jammu &Kashmir) is India’s internal matter and has “no implication for either the external boundaries of India or the Line of Actual Control with China’. India is “not raising any additional territorial claims” and that China’s concerns are “misplaced”.