On August 13, 2019, chief minister of Odisha Shri Naveen Patnaik inaugurated the Naval Tata Hockey Academy (NTHA) at the Kalinga stadium, in the state capital Bhubaneswar, as a move to bring more sports talents and young Olympians from the state. The academy is named in the honour of Naval H. Tata to commemorate his contribution to hockey in India and his achievements as a sports administrator. 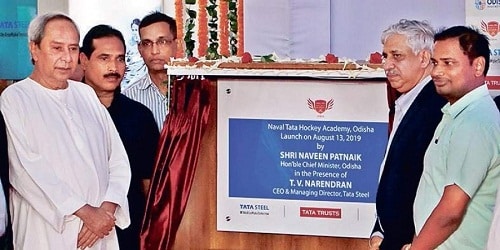 NTHA operations:
The NTHA Odisha will be operated in existing infrastructure that was set up to host the Men’s hockey World Cup in 2018 (winners-Belgium, runners-Netherlands) in Bhubaneswar.

Programme partners:
The partners in the programme will be Bovelander Hockey Academy of Netherlands founded by European Champion, and, World champion and three-time Olympian, Floris Jan Bovelander.