The 2019 World Para Athletics Championships, was the 9th  edition participated by 118 nations, held in Dubai Club for People with Determination Sports complex in Dubai, United Arab Emirates (UAE) from November 7 – 15, 2019. The tournament was organized by the World Para Athletics subcommittee of the International Paralympic Committee. 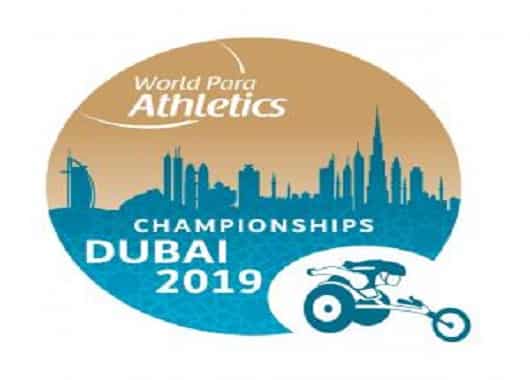 Key Highlights:
i.Sundar Singh Gurjar recovered from the shoulder injury to win his World Para Athletics Championships title in the men’s F46 javelin throw event with a throw of 61.22 meters.

World records:
i.Indian para-athlete Sandeep Chaudhary won the gold medal in the F64 category in the Javelin throw event. He was able to set a world record with a throw of 66.18 meters to better his own world record of 65.80m in F44 category. The F44 and F64 categories were clubbed into one combined event (of F64).
ii.Sumit Antil won the silver medal in his second attempt with a best throw of 62.88 meters in the F-64 category. The previous world record was also named after him, which was 61.32 meters achieved in Paris, France in August 2019.
iii.with this, Seven world records were broken, taking the total to 44 for India. This surpassed the London 2017 Worlds mark of 34 world records.