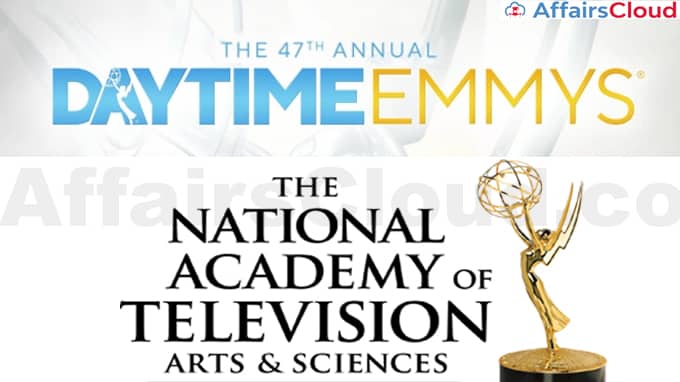 On 26th June 2020, the National Academy of Television Arts & Sciences(NATAS) announced the winners of the 47th Annual Daytime Emmy Awards, the presentation was hosted by the Sharon Osbourne, Shery Underwood, Eve, Carrie Ann Inaba and Marie Osmond,the hosts of CBS’ Daytime Emmy Award-winning show THE TALK which was  broadcasted on the CBS Television Network.

This year the awards were presented to the recipients over a virtual platform due to the current COVID-19 situation.

i.Daytime Emmy Awards is to recognise the achievements in daytime television programs and were presented to the individuals and programs broadcasted between 2.00am and 6.00am.

iv.Following the broadcast an additional 24 categories were announced in the social media platforms such as facebook, twitter etc.

v.The votes for the awards were tabulated by accounting firms of  Lutz and Carr CPAs, LLP.