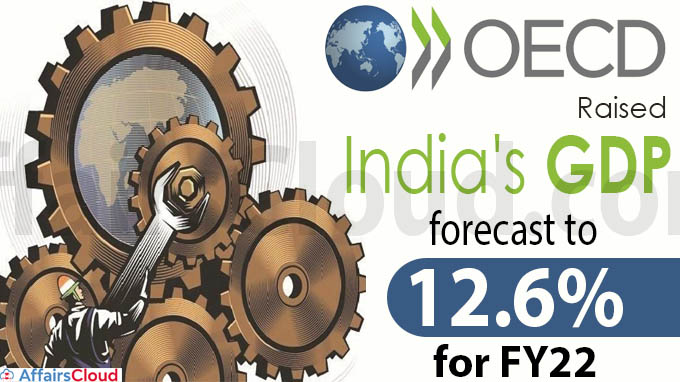 On March 10, 2021, Organisation for Economic Co-operation and Development (OECD) raises the Gross Domestic Product (GDP) of India to 12.6% for FY 22, the highest among G20 countries. With his projection by OECD, India becomes the fastest-growing economy in the world.

OECD had pegged that, Indian economy as a whole in 2020 contracted by about 7 per cent.

Projections by Other Rating Agency:

About Organisation for Economic Co-operation and Development (OECD):