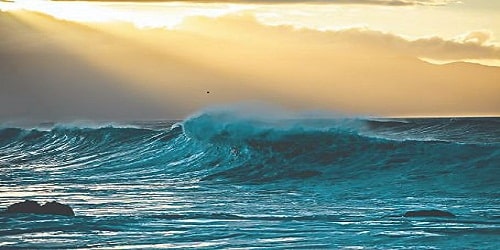 Key points:
i.According to the proposal, all forms of ocean energy, such as tidal, wave, ocean thermal energy conversion, will now be considered as renewable energy and also be eligible for meeting non-solar renewable purchase obligations (RPO).
ii.This step has been taken by the ministry after some renewable energy developers sought clarification regarding the ocean energy.
iii.RPO:The discoms(Distribution Companies) can now buy renewable energy certificates from the developers or renewable power generators.
iv.Oceans:Oceans cover 70% of the earth’s surface and produce energy in the form of wave, tidal, marine current and thermal gradient.

Ocean energy
Ocean energy refers to all forms of renewable energy derived from the sea. Currently there are no installed Ocean Energy capacity in India.
Types: There are three main types of ocean technology. They are

Ocean energy sector:  This sector can stimulate innovation, create economic growth and new jobs as well as has the potential to reduce carbon footprint.
Technology used:
Current technologies are at pre-research and development (R&D) or demonstration stage or the initial stage of commercialization and are looked after by the Ministry of Earth Sciences (National Institute of Ocean Technology, Chennai).
Energy potential:
Tidal energy: The identified potential is about 12,455 megawatt (MW), with potential locations identified at Khambhat and Kutch regions of Gujarat, and at large backwater areas.
Wave energy: identified potential of wave energy is estimated to be about 40,000 MW(preliminary estimates).
Ocean thermal energy: It has a theoretical potential of 1,80,000 MW in India subject and is subjected to suitable technological evolution.

About RPO:
It is a mechanism by which the State Electricity Regulatory Commissions(SERC) are obliged to purchase a certain percentage of power from renewable energy sources. RPO is being implemented throughout the country to create demand for renewable energy.

About ministry of new and renewable energy:
♦ Minister of State (independent charge)- R. K. Singh(constituency-Arrah, Bihar)
♦ Founded- 1992.
♦ Headquarters- New Delhi.
♦ Previously the govt.  Re-classified large hydroelectric power plants as renewable energy sources following stagnation in growth in the sector in March 2019. Prior to that, only hydro power plants with less than 25 MW capacity were treated as renewable sources.