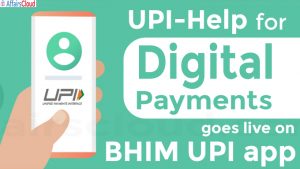 Features of the UPI Help:

i.It will enable users to use their app for the following features,