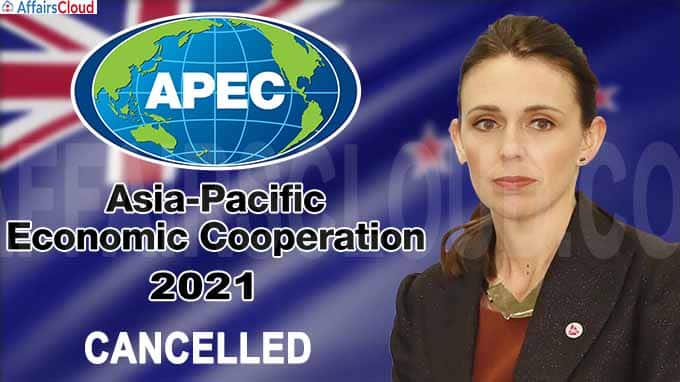 On 30th June 2020, New Zealand cancelled the 2021 Asia-Pacific Economic Cooperation (APEC) forum that was scheduled to be held in Auckland, due to the COVID-19 pandemic and is opting to lead a virtual summit.

The 2019 leaders’ meeting was cancelled by Chile due to violent anti-government protests and the virtual APEC meeting of 2020 are being hosted by Malaysia.

i.Deputy Prime Minister of New Zealand, Winston Peters announced that for planning and security reasons the 2021 APEC summit is cancelled and the summit will be hosted as a virtual event.

ii.New Zealand has closed its borders of every nation except for the returning citizens and residents.