The New Development Bank BRICS (NDB BRICS), formerly referred to as the BRICS Development Bank, is multilateral development bank operated by the BRICS states (Brazil, Russia, India, China and South Africa) as an alternative to the existing US-dominated World Bank and International Monetary Fund. It has headquarters in Shanghai, China.
The Bank is set up to boost infrastructure funding in the emerging economies and offer them tailor-made services. 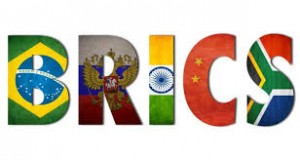 President: The current president of New Development Bank is K.V Kamath since 2015. He is also its first president with service tenure of 5 years.

Some facts about NDB BRICS: