International Council for Monuments and Sites (ICOMOS) will be organising ICOMOS General Assembly and Scientific Symposium 2017 in New Delhi from 11th – 15th December 2017.

Theme of the Scientific Symposium is “Heritage and Democracy“. 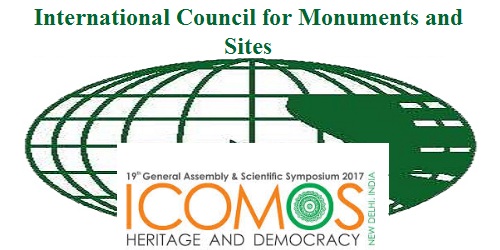 About International Council for Monuments and Sites (ICOMOS):

ICOMOS is a non-governmental, professional association that promotes conservation and protection of heritage monuments and sites across the world.