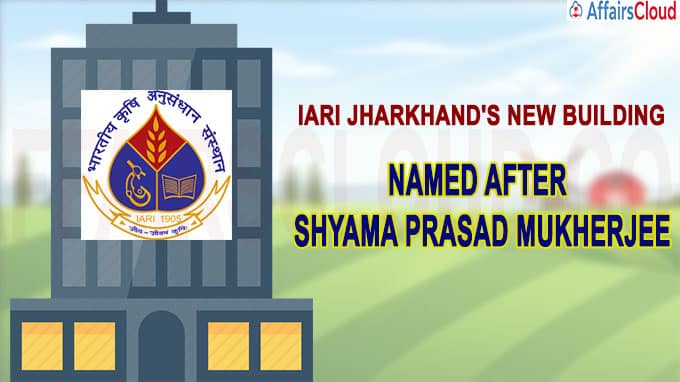 On 6th July 2020, The new administrative and academic building of the Indian Agricultural research Institute (IARI),at Gouria Karma in Hazaribagh, Jharkhand is named after Dr.Shyama Prasad Mukherjee the founder of Bharatiya Jan Sangh, on the event of his birth anniversary.

Contribution of IARI in Agri sector:

ii.Pusa Institute contributed to the agricultural development in the region of Punjab, Haryana and UP.

i.In the 2020-2021 Budget, The government has allocated Rs.2.83 lakh crores(highest allocation ever) for activities related to agriculture, irrigation and rural development.

ii.The 16 point action plan announced in the budget is targeted to double the income of the farmers by the end of 2022.

iii.For the development of rural and agriculture sector, new schemes under Atma Nirbhar Bharat Abhiyaan like the Rs.1 lakh crore infrastructure fund for the agricultural sector and the growth packages for fisheries, animal husbandry, herbal farming, beekeeping etc. were announced.