The Ministry of Home Affairs (MHA) notified that it has amended the rules governing the Foreign Contribution (Regulation) Act (FCRA), 2011. 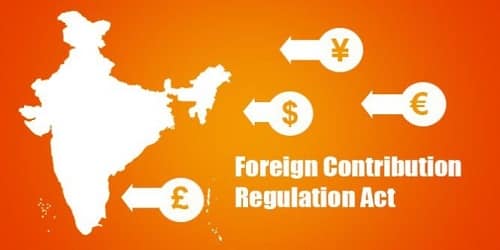