On September 16, 2019 The Public Premises (Eviction of Unauthorized Occupants) Amendment Bill, 2019 which provides for the eviction of unauthorized occupants from public premises in certain cases has come into effect. It amends the Public Premises (Eviction of Unauthorised Occupants) Act, 1971. The new bill is expected to increase the availability of government residential accommodations for eligible beneficiaries and reduce the waiting period. 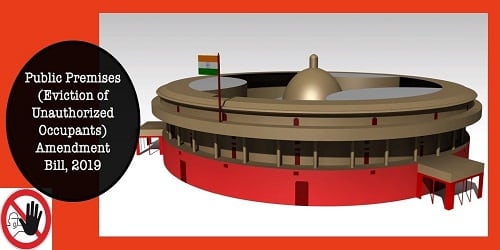