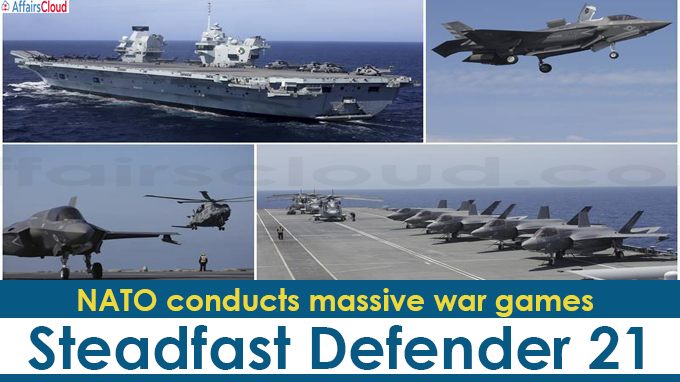 ii.HMS Queen Elizabeth of Britain’s Royal Navy will make its maiden voyage carrying 18 F-35 jets, it will be the 1st ever deployment of so many 5th Generation places aboard an aircraft carrier.

iii.The exercises also aim to protect undersea cables that carry masses of commercial and communications data between the USA and Europe.

i.It is an Intergovernmental Military Alliance between 30 European and North American countries.