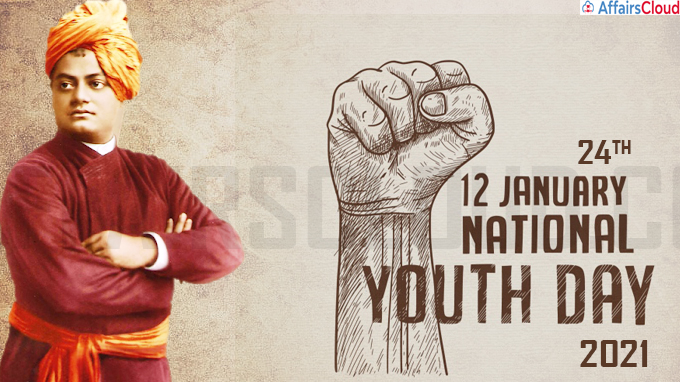 National Youth Day(Yuva Diwas) is celebrated annually on January 12 across India to  recognise and honour the teachings of Swami Vivekananda.

The day also aims to encourage youth in India to become a better person and achieve an honourable life that contributed to the development of the country.

This year(2021) marks the 158th birth anniversary of Swami Vivekananda.

i.He was a key person to introduce the Indian philosophies of Vedanta and Yoga to the Western world.

ii.He was a chief disciple of the 19th-century Indian mystic Ramakrishna Paramahamsa

iii.He founded Ramakrishna Math and the Ramakrishna Mission, situated  at an area named Belur in the district of Howrah, West Bengal, India.  The entire campus of the headquarters is popularly known as ‘Belur Math’.

Other Days Related to Youth