On August 29,2019, National Sports Day was observed across the country to create awareness about sports in public. August 29, 2019 marks the 114th birth anniversary of India’s hockey legend, Major Dhyan Chand. 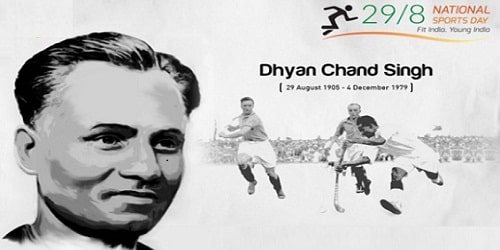 The list of awardees who felicitated by the  President are as follows,

About Khel Ratna Award: This award is given for the spectacular and most outstanding performance in the field of sports by a sportsperson over a period of 4 years. Awardee will receive a cash prize of Rs. 7.5 lakh. 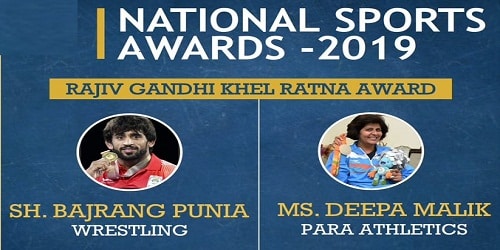 Arjuna Award: It was awarded to 19 sportspersons for 2019.

About Arjuna Award: This award is given for consistently outstanding performance for 4 years. It is India’s second-highest sporting award after Rajiv Gandhi Khel Ratna Award. Arjuna Awardees will receive statuettes, certificates and cash prize of Rs. 5 lakh each.

About Dronacharya Award: It is meant for coaches. It is given for producing medal winners at prestigious International sports events. Dronacharya Awardees will receive statuettes, certificates and cash prize of Rs. 5 lakh each.

Meghalaya CM launches ‘walk to work’ campaign
On August 29, 2019, The  Chief Minister of Meghalaya, Conrad K Sangma has took the lead to launch the campaign of Fit India Movement by walking two-kilometer from his residential quarters to his office chamber at Main Secretariat.