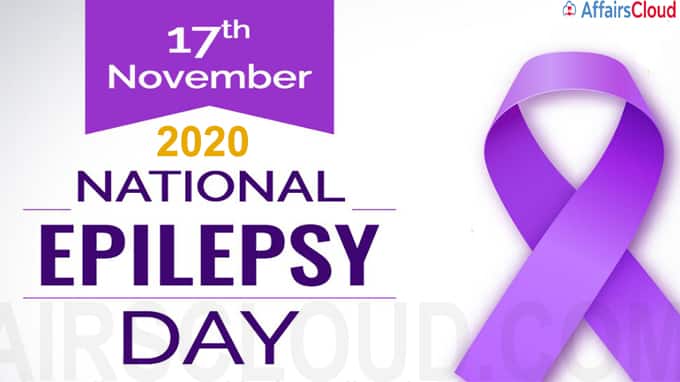 i.The National Epilepsy Day is a national level campaign initiated by the Epilepsy Foundation of India to reduce the prevalence of Epilepsy in India.

ii.The Epilepsy Foundation of India in Mumbai, Maharashtra was established by Dr. Nirmal Surya in 2009.

iii.Epilepsy Foundation of India is a non-profitable charitable organisation to help the people with seizures to have a fulfilling life and to change the view about epilepsy in the society.

i.Epilepsy is a varied set of persistent neurological disarray and causes sudden seizures and fits.

ii.The seizures of epilepsy result due to the unusual and extreme activities in the brain and the seizures also result from the hypersynchronous neuronal brain activity.

iii.According to the World Health Organisation(WHO), more than 50 million people across the globe have epilepsy, which makes it one of the most common neurological diseases.

iv.Almost 80% of people suffering from Epilepsy reside in low and middle income countries.

v.It is estimated that, with proper diagnosis and treatment more than 70% of the people with Epilepsy can live without seizure.

Methods to control the conditions of Epilepsy:

i.There is no complete cure for Epilepsy, the condition of Epilepsy can be controlled with medications or surgery.

ii.The condition differs from person to person, for some people Long term treatment will be required to control the seizures.

iii.Some children with this condition may outgrow the disorder with age.