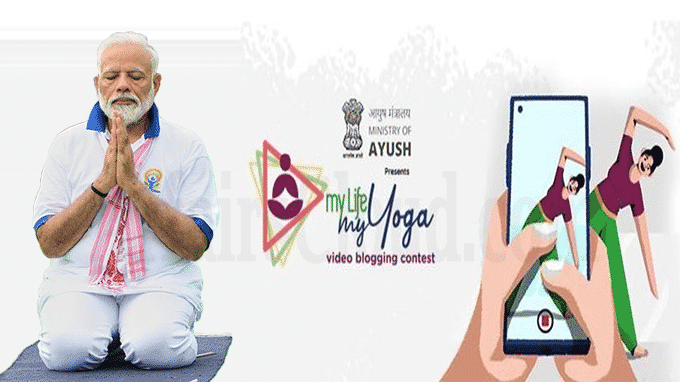 On May 31, 2020, Prime Minister of India Narendra Modi during his Mann Ki Baat address to the nation announced the “My Life – My Yoga”(Jeevan Yoga) Video Blogging Contest, as one of the activities related to the observation of the 6th International Day of Yoga (IDY) on June 21st, 2020. The contest being organized by the Ministry of AYUSH and the Indian Council for Cultural Relations (ICCR) is open for participants from all countries.

About My Life – My Yoga video blogging competition:

The Ministry of AYUSH and ICCR seek to raise awareness about Yoga and to inspire people to become the active participants in the observation of IDY 2020. The contest will support participation via the social media platforms of Facebook, Twitter and Instagram. The contest will have two parts.

IDY celebrations 2020:
In India, IDY is celebrated on a large scale consisting of large gatherings. But this year, due to the COVID-19 spread, the ministry has advised to practice Yoga at their homes, with participation from the entire family.