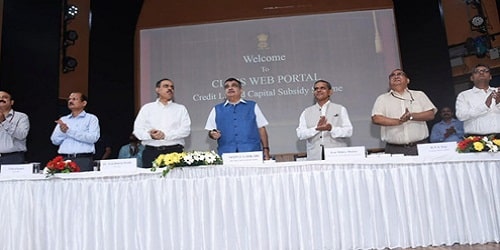 Key points:
i. U.K. Sinha committee:
Gadkari stated that the government will take a decision on the recommendations of the U.K. Sinha committee which had been set up by the Reserve Bank of India (RBI) on the strength of micro, small and medium enterprises (MSME) sector. The Finance Secretary and MSME Secretary will give a final report on the recommendations of the committee after consultation with the parties concerned & it will be implemented in 15 days after that.
Recommendation:

Delayed payments:
Gadkari stated that committee was being formed under the MSME secretary to oversee the issue of delayed payments. The central government takes effective steps to improve the TReDS (Trade Receivables Discounting System) platform and the online bill discounting platform, which helps sectors of MSMEs to raise funds by selling their trade receivables to corporate.