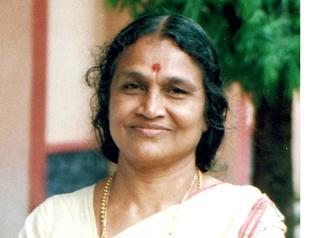 Satyabhama was born in 1937 at Shornur in Palakkad, Kerala.

Later, she became its Principal till retired in 1992. She also participated in the selection committee to decide annual Kalamandalam fellowships. She was also served as the Dean of Kerala Kalamandalam.

Satyabhama has published a book of 35 Mohiniyattom compositions namely, Mohiniyattam – history, techniques and performance in Malayalam.

Kerala Kalamandalam has instituted an award in honor of Satyabhama namely, Prof.kalamandalam Sathyabhama Award. The award is given to the excellent students of mohiniyattam annually in the form of scholarship.

She was honored with many awards such as