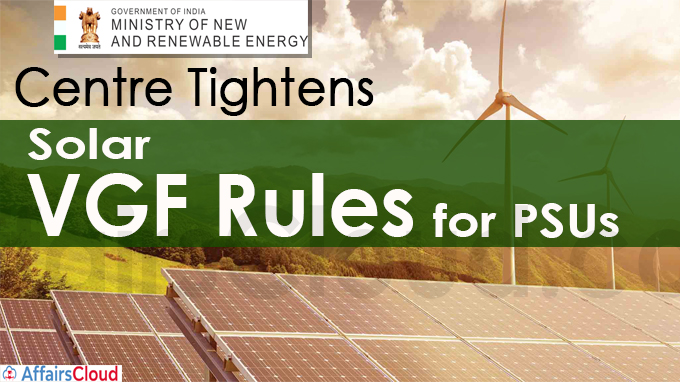 i.The CPSU Scheme Phase-II was approved in 2019 by the Union Cabinet.

ii.It aims to give a push to ‘Make in India’ by encouraging Government Producers to procure solar cells and modules from domestic manufacturers.

i.On November 9, 2020, MNRE issued an order for scale-up and expansion of the Pradhan Mantri Kisan Urja Suraksha Evam Utthan Mahabhiyan (PM-KUSUM) Scheme. It has set a target of enhanced solar capacity of 30.8 GigaWatt (GW) by 2022 with revised Central Financial Support of INR 34, 035 crores.